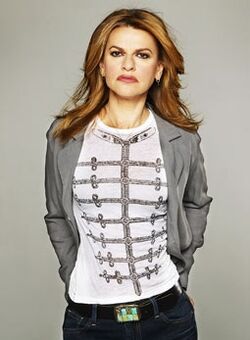 Sandra Bernhard is an American actress, singer, author, and comedienne. She is well known for her portrayal of Nancy Bartlett in Roseanne, and for her stand-up comedy routines, as well as for her numerous other roles in a variety of films and television shows. She has released a total of thirteen albums that combine music and comedy, and has been on three compilations. On Drop Dead Diva, she portrays Judge Ada Brown in the episode "Secret Lives."

Retrieved from "https://dddiva.fandom.com/wiki/Sandra_Bernhard?oldid=6186"
Community content is available under CC-BY-SA unless otherwise noted.