Luke is a guardian angel sent to replace Fred to oversee Jane and to convince her that she has to let go of Deb's soul that has lived in Jane's mortal body. Luke is an investor in Kasswell & Parker. He is seen as trying to prevent Jane and Grayson from being together, even as going far as using Jane's phone number to text Owen French to have him meet Jane at the same restaurant that Jane and Grayson were at because Luke warned Jane the consequences of what would happen it she told Grayson. He also bought the apartment complex where Jane and Stacy lives so he can keep an eye on Jane. Jane is annoyed at how Luke seems to be going out of his way to make her be more like Jane than Deb. When Grayson prepares to tell Jane he loves her, Luke intentionally delays him so Grayson won't stop Jane from accepting Owen's marriage proposal. Luke would become interested in Kim, only to learn after a date that she might be pregnant.

Deb is annoyed when Luke replaces Fred as her guardian angel. He also wanted to move in with her and Stacy because she did allow Fred to live with them before she moved in with Owen. Deb admitted she liked having him around and is overwhelmed by Luke. He works at H&P as a condiment assistant to the firm. Luke admonishes her for being rude to Elaine, which made her regret how she behaved towards her. Jane admitted that while she was Deb, she had planned for her own wedding and was upset when she couldn't have her real mother, Bobbie, plan it with her. Luke encourages her to make up with Elaine in which Jane eventually did.

Luke would become interested in Kim, only to learn after a date that she might be pregnant. Jane is disgusted by the idea he would like her.

When Jane was unable to be Stacy's date for the awards ceremony, she volunteered Luke for the job. He was naturally displeased but was forced to reconsider under a threat via text that she would tell her about his snide comments about Taylor Swift.

While they never dated Luke and Teri have had lingering looks, and flirty remarks. 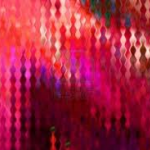