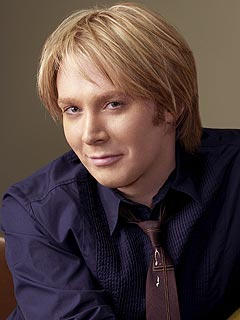 Clay Aiken (born November 30, 1978) is an American singer, songwriter, actor, producer and author who portrayed the character Tyler Callahan in the episode "Prom" of the Lifetime series Drop Dead Diva. He rose to fame when he participated in the second season of the television program American Idol. He was the runner up of the season and has had a successful career in music ever since. Aiken has released seven studio albums, and has had many television roles over the years. His first acting role was on the TV series Ed where he played himself.

Retrieved from "https://dddiva.fandom.com/wiki/Clay_Aiken?oldid=4852"
Community content is available under CC-BY-SA unless otherwise noted.